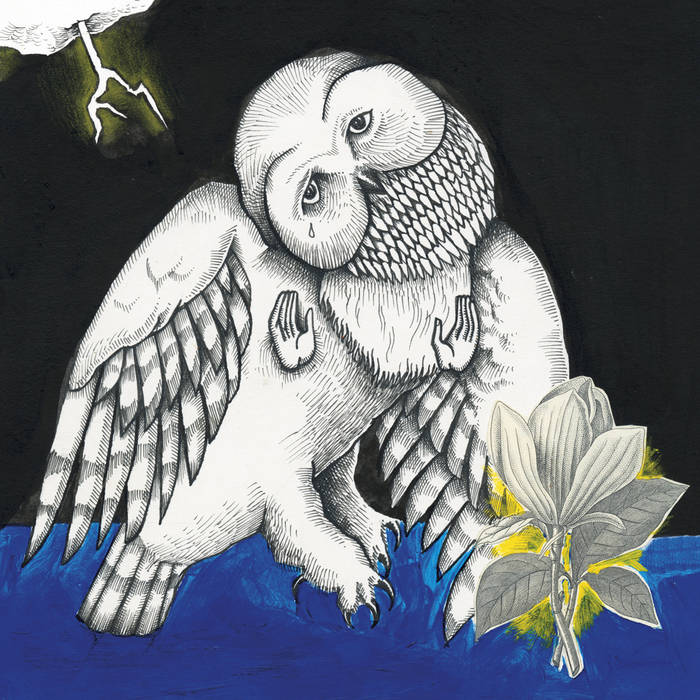 this is class. Favorite track: The Old Black Hen.

The hallmark of Jason Molina's career, 'Magnolia Electric Co.', is both a confluence of all he would create and a line in the sand to mark a shift in his songwriting approach. It was the last statement under his iconic Songs: Ohia moniker, and the moment before he began making new legends as Magnolia Electric Co. for the next 10 years. Now— here at the end of that decade — with Molina gone, his work gathers more weight and meaning. This expanded 10-year anniversary edition of 'Magnolia Electric Co.' features one never-before-released track plus many rarities. The full-band studio outtake of fan favorite "Whip Poor Will" is a sweet and spare version that ended up being played far differently on Magnolia Electric Co.'s final album Josephine (2009). Also included is the studio version of "The Big Game Is Every Night." Previously only available on the Japanese version of the album, this opus serves as Molina's thesis statement, its poetry weaving through the 20th Century, through art and sporting culture — ultimately questioning what it means to be an American in the autumn of the American Era. The edition also gathers Molina's gutting demos for the record, including those two outtakes. Nearly each begins with audible sound of the RECORD button being pressed down on the tape player. They are so close and intimate, it's hard to look them right in the eyes. But you should.

With the wailing lap steel of the album opener "Farewell Transmission," Jason Molina & Company usher in a new day, playing the sort of rock that your cool uncle rolled to back in the '70s. Landing somewhere on the radar sonically between Bob Dylan's Desire and Bob Seger's Beautiful Loser, though thematically in-line with Lynyrd Skynyrd's "Simple Man," The Magnolia Electric Co lies at the crossroads of working class rock, white soul, swamp rock and outlaw country.

While Songs: Ohia's last record 'Didn't It Rain' was a meditation on roots and stability, 'Magnolia Electric Co' finds itself toiling with the wages of change, which is well illustrated in "I've Been Riding with the Ghost", a real rig rocker that could have easily fit on Time Fades Away, on which Molina sings: See I ain't getting better, I am only getting behind. Standing on the crossroad trying to make up my mind. Trying to remember how it got so late. Why every night pain comes from a different place. Now something's got to change.

This thematic preoccupation with change also manifests itself in the rotating cast of lead vocalists. While the entire album boasts a doo wop-like line-up with five vocalists on the floor, six of the eight songs have Molina in the tall stool with the ever-enchanting Jennie Benford (of Jim & Jennie & the Pinetops, who was also a key player on 'Didn't It Rain') as primary back-up vocalist. But on two songs, new Songs: Ohia players step up to take on lead vocal duties, singing Molina-penned songs. Lawrence Peters takes the lead on "The Old Black Hen" with his fantastic Merle Haggard-esque country croon, while Miss Scout Niblett appears from the nether world of the Ohia wardrobe with feathers in her hair and casts her spell on the Ohia rig barreling through "Peoria Lunch Box Blues."

Recorded live, in its entirety, at the hands of Steve Albini at his Electrical Audio Studio in Chicago, Illinois, with the same core back-up band that played on the Mi Sei Apparaso Come Un Fantasma Italian live album, this is the record where the Songs: Ohia fan demographics make a radical shift from the dominant bedroom universe of the world's lonely, sensitive, overqualified young white dudes, and finds refuge in the masses by being embraced by the world's truck drivers, sorority chicks, and hockey players, alike. Indeed, this is the first Songs: Ohia record with more than one song that could be played at a strip joint or monster truck show. Amid the mid-tempo slow jams, there lie some of the most upbeat material that Songs: Ohia recorded.

Bandcamp Daily  your guide to the world of Bandcamp